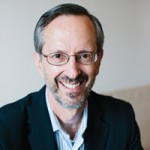 Charlie McElwee is the Vice President of Programs at ClimateWorks Foundation. At ClimateWorks he helps direct funding to support public policies that prevent dangerous climate change and promote prosperity in the geographic regions that have the greatest potential to reduce greenhouse gas emissions. McElwee practiced environmental and energy law for over 25 years at an international law firm, including five years in Shanghai. He developed an expertise in Chinese environmental and energy law and policy and served as an Adjunct Professor of Law at Shanghai Jiaotong University’s School of Law. He won the President’s Prize, the University’s highest award, for extraordinary contributions to the University, and was awarded the Shanghai Municipal Government’s Magnolia Award, the highest honor the city bestows upon foreigners. He is a board member of the International Council on Clean Transportation, the Climate and Land Use Alliance, and serves on the China Advisory Board of the Environmental Defense Fund. His book, Environmental Law in China, was published by Oxford University Press in 2011.

Blogs and reports by Charles McElwee

Blog
Listening to and learning from our grantees

The urgency of the climate change crisis makes it... Read More

BlogGlobal Intelligence
Some good news on climate in challenging times

The challenge facing countries and governments as... Read More

BlogGlobal Intelligence
The Initiative for Climate Action Transparency: Helping developing countries track and report on the impact of their climate actions

Under Article 13 of the Paris Agreement, nations... Read More