K-CEP advances environmentally friendly and energy efficient cooling for all.

Refrigeration, air conditioning, and other forms of cooling are essential to human health and prosperity and are becoming more important as the world urbanizes, economies grow, and the planet warms. But cooling is also contributing to a warming planet, as it relies heavily on climate polluting chemicals known as hydrofluorocarbons (HFCs) and consumes massive amounts of electricity.

With the potential to avoid up to 1 degree Celsius of global warming by the end of the century, K-CEP supports the goal of the Montreal Protocol’s Kigali Amendment to reduce the production and consumption of potent greenhouse gases used for cooling, alongside improvements in cooling efficiency.

Galvanizing a Movement for Efficient, Clean Cooling for All

Explore K-CEP’s Year 2 Report and the growing impact of K-CEP and its partners to achieve efficient, clean cooling for all. 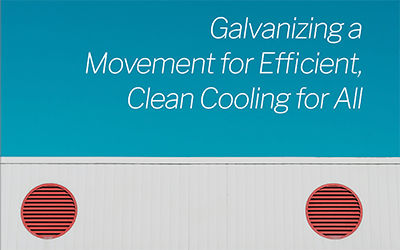 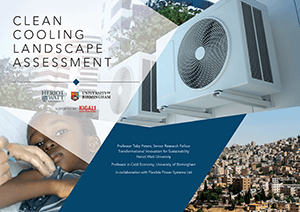 The Clean Cooling Landscape Assessment (CCLA) is a new online tool to accelerate the spread of affordable, sustainable energy innovation and while phasing out super-polluting F-gases used in traditional cooling technology. The CCLA is for investors, foundations, and buyers and sellers of cooling across the globe and will help them better understand the technology and business model options that can urgently scale up efficient, clean cooling for the benefit of people and planet. This is a project of the University of Birmingham and supported by a grant from K-CEP.

The Million Cool Roofs Challenge is a first of its kind US$2 million global competition to rapidly scale up the deployment of highly solar-reflective “cool” roofs in developing countries suffering heat stress and lacking widespread access to cooling services.

Learn more about the challenge 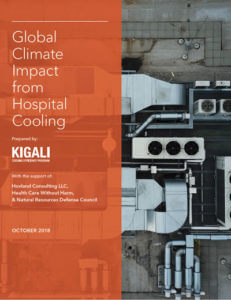 Emissions from hospital cooling are on par with the annual climate pollution of 75 million cars. Fortunately, sustainable cooling solutions that can slash emissions, reduce healthcare costs, and maintain patient care are readily available.

Get the Report
Learn More about K-CEP