The case for a US federal green bank

The case for a US federal green bank

A version of this blog was given as a speech at the Inaugural U.S. Green Bank Summit on July 11, 2019.

Public activism has supercharged the federal climate policy discussion and pushed the issue high on the political agenda. Politicians have been clamoring to offer their version of ambitious climate policy action since Democrats Senator Ed Markey and Congresswoman Alexandria Ocasio-Cortez, introduced their Green New Deal resolution back in February for a massive 12-year public mobilization to decarbonize the U.S. economy, and House Republican Matt Gaetz offered his Green Real Deal paean to American innovation in response. 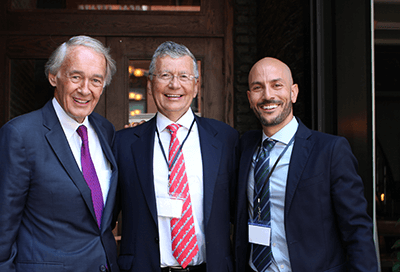 Calls for a federal “climate investment bank” or “green bank”—a public financing authority capable of using its balance sheet to mobilize private investment in the low-carbon economy-have started to become a cornerstone policy position, with calls for one in Congress and by Presidential contenders Inslee, Bennet, and O’Rourke.  Last week, Senators Markey and Van Hollen put forward the most detailed proposal yet, introducing the National Climate Bank Act of 2019.

Interest in the model is not limited to the U.S., with green banks or similar entities operating in Australia, the UK, Malaysia, and Japan. One is being established in New Zealand and South Africa, one is proposed for the EU by the European Commission’s new president, and a raft of other governments are exploring the model.

ClimateWorks Foundation has had a long-time interest in green investment banks under our initiative Entrepreneurial Public Investment for Climate (EPIC). Through EPIC, we’ve developed a philanthropic strategy to expand the model both here in the U.S.—at the federal, state and municipal level—and in other industrialized and emerging economies around the globe. We collaborate closely with allies like the Energy Foundation, Coalition for Green Capital, Natural Resource Defense Council, Rocky Mountain Institute, Vivid Economics, and E3G, and of course the Green Banks themselves, supporting networks like the American Green Bank Consortium and global Green Bank Network and their individual members.

Whether you believe that U.S. climate policy is achieved through innovation policy or New Deal-style public mobilization, a national green bank is a crucial policy tool whose moment in the U.S. has arrived.

On the one hand, green investment banks offer a very important tool for innovation policy. Traditionally, the policy script on innovation has emphasized that we need more publicly funded research, development, and demonstration (RD&D) avenues to help create a prosperous low-carbon economy. I am all for doubling our RD&D budget for new clean energy technologies and zero-carbon industrial processes.  But any serious innovation expert will remind you that the innovation is not typically a linear process that begins at R&D and ends at commercialization—serious policies support technological change through the commercialization and deployment stages where early investment and supportive policies drive technologies down the cost curve, as with solar PV and now battery electric buses. For that, we need tools to help introduce investors and lenders to technologically proven innovations faster. Well-designed, green investment banks have the mandate and design to take innovations with demonstrated commercial potential, and accelerate their adoption through a broad range of financing tools.

An argument can be made challenging the role of public capital in accelerating market formation. You might say “credible innovations will find financing on its own.” The problem with this argument is that commercial banks are slow to enter new markets and with climate change, timing is everything. The first green investment bank was launched in the UK (by a conservative government), and was able to open the secondary market for offshore wind through its first-of-kind offshore wind fund, quickly attracting commercial capital to the sector, and driving down deployment costs.  In a matter of years rather than decades, offshore wind has become one of the most affordable energy generation technologies in the UK. Green investment banks are the missing piece to an “innovation” focused climate policy.  To use an American football analogy: if RD&D gets technologies to “third-and-one,” green banks get those technologies over the first-down line toward the goal of commercially financed deployment at scale.

You might also ask, why the need for a green bank since we have had federal programs where we’ve used financial tools to accelerate commercialization of low carbon innovations, like the creation of the U.S. Department of Energy’s Loan Guarantee Program and Advanced Research Projects Energy Financial Assistance Program (ARPA-E). I think these programs have been great. The Loan Guarantee Program helped transform the solar, storage, and automotive industries at considerable public savings, and even generate a profit by bearing commercialization risk that the market was hesitant to adopt.

In fact, my own interest in green investment banks dates back to my law practice in energy and infrastructure advising on the U.S. Loan Guarantee Program, and transactions involving institutions like the U.S. Ex-Im Bank and Overseas Private Investment Corporation (OPIC). It impressed upon me that institutions like OPIC bring a commercial rigor that could benefit economic transformation here at home, as is the case with Germany’s KfW. I also saw that it was harder to get commercialization financing up and running through a stand-alone program at the Department of Energy, as was the case with the Loan Guarantee Program. There is administrative value in consolidating financing authority in a single institution. A green investment bank can be equipped with a broad set of financing tools rather than just, say, loan guarantees or debt financing (they can also educate the market about new opportunities, and provide feedback to policy-makers about market development to make for better policy). Commercially minded bureaucrats are hard to come by, and we should wring as much public benefit out of them as possible.

I also want to highlight the “progressive” case for green banks. We do need a much bolder public sector response given the size of the challenge. According to a recent report by the Center for Climate and Energy Solutions, we need an 80% reduction in greenhouse gases from 2005 levels to achieve net neutral emissions in the U.S. economy by mid-century, while emissions have grown considerably since that time. Anyone hawking the same public policies of a decade or two ago for climate crisis now simply does not know the science. In a political moment where public finance mobilization under a “Green New Deal” is remarkably politically popular—more so than even fiscally conservative tools like a carbon tax—green investment banks provide a way to put public dollars to work efficiently and effectively by using them for financing and crowding in the private sector for scale. This also sees the potential for “mission-oriented” public sector leadership in forming new markets, not merely a role in following and fixing them.  In healthy, effective public-private relationships, public institutions can identify major challenges like decarbonization, and use their fiscal capacity and ability to bear risk to foster market development in those challenging areas. The National Climate Bank Act would even empower the climate bank to finance the closure of existing fossil assets, which now appears necessary to meet climate targets.

Given the scale of the climate crisis, we need a bigger commitment, and we need every dollar to go further. By providing near-market terms, green banks get more out of every public dollar committed, and also provide a more relevant demonstration effect for commercial financial institutions. Green investment banks can drive credit growth in markets that can make financing more inclusive—supporting renewable energy and energy efficiency products for lower and middle-income housing, for example, as Connecticut Green Bank has done. They are a fiscally responsible mechanism for Green New Deal-style public mobilization.

We at ClimateWorks Foundation will continue to support efforts to mount a public finance response to the climate crisis that is up to the challenge, spurring markets for low-carbon innovations and doing so in a fiscally responsible manner. We are eager to see the day that the U.S. establishes a federal green bank. 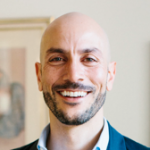