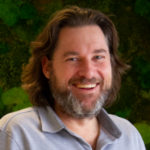 Michael helps lead ClimateWorks’ Programs team to scale transformative climate strategies and deliver on the Foundation’s mission to support and amplify the impact of the philanthropic community in tackling the climate crisis. Most recently, Michael was the National Program Director of the Sierra Club, the largest grassroots environmental organization in the United States. During almost ten years at Sierra, Michael co-lead a team of more than 300 campaigners, lobbyists, organizers, lawyers, and other staff working to transform the United States’ energy economy, address climate and other pollution, protect natural lands, waters and wildlife and expand access to the outdoors. Michael supported Sierra Club’s teams that helped shape and pass critical federal legislation including the Inflation Reduction Act. He oversaw teams that facilitated clean energy development, shut down or stopped plans for billions of dollars of fossil fuel infrastructure, protected millions of acres of land, and advanced environmental litigation including in the Supreme Court.

Prior to joining the Sierra Club, Michael spent 13 years at Equal Access International, a media development organization. He was operational co-founder and served as Vice President of Programs and Operations overseeing more than a 100-person staff in seven in-country project offices and reaching an audience of tens of millions in Asia and Africa. Michael started his professional career as a lawyer at Herbert Smith Freehills in Melbourne, Australia, and is a graduate of Australia’s Bond University where he served as President of the Student Union and earned degrees in Law and Journalism/International Relations.