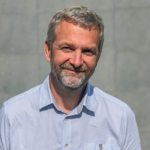 Kristian was born in Aalborg, Denmark and raised in Switzerland. He graduated from Colby College (Waterville, Maine) and received a Doctorate in Environmental Sciences from the Duke Marine Laboratory (Beaufort, North Carolina). From 2001 to 2002 Kristian held a postdoctoral fellowship at the Kewalo Marine Laboratory in Honolulu, Hawaii. Kristian was also a founding board member of OceansFive and European Climate Foundation and is a member of the Board of Oceana, ClimateWorks, and Oceano Azul.