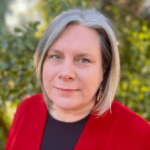 Helen Mountford is the president and CEO of ClimateWorks Foundation. She brings over 25 years of global experience at the intersection of environmental action, economic development, and climate policy to her role.

Before joining ClimateWorks, Helen was the vice president of climate and economics at World Resources Institute where she led global teams to advance policies and economic approaches to successfully address climate change. Helen was also the program director for the New Climate Economy project, a flagship initiative of the Global Commission on the Economy and Climate that provides independent and authoritative evidence on actions which can both strengthen climate ambition and deliver social and economic benefits.

Helen previously was the deputy director of environment for the Organization for Economic Co-operation and Development (OECD). She worked at OECD for over 16 years advising governments on policy reforms and overseeing work on green fiscal reform, climate change finance and economics, fossil fuel subsidy reforms, green growth, water pricing, biodiversity incentive measures, and economy-environment outlooks and modeling. Prior to joining the OECD, Helen managed recycling schemes in England and worked for an NGO in Australia.

Blogs and reports by Helen Mountford

Blog
The promise of climate philanthropy in 2023

Dear colleagues and friends, It’s been a great... Read More

The stakes were high as delegates from around the... Read More

A new report by ClimateWorks finds that there is... Read More