What’s at stake with Buy Clean

What’s at stake with Buy Clean

Buy Clean is one of the most popular policy ideas currently being discussed to reduce industrial greenhouse gas (GHG) emissions.

It is a family of policies that use government purchasing to create markets and incentives for building materials manufactured with lower GHG emissions. In this post, I want to unpack what’s at stake in Buy Clean policies—both financially and for the planet—and show why they are such a powerful tool. We can dramatically reduce emissions with hardly any increase in the cost of public construction projects.

Why do we need Buy Clean 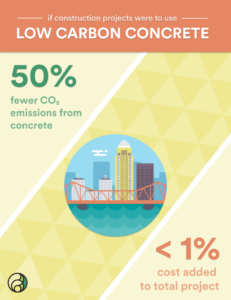 Industrial production has one of the highest GHG emissions of any sector of the economy, and almost half of direct industrial emissions come from making building materials.[1]https://edgar.jrc.ec.europa.eu/overview.php?v=booklet2019 These include almost all cement, more than half of all steel, and about a fifth of plastics.[2]http://withbotheyesopen.com/index.html, https://materialeconomics.com/publications/the-circular-economy The Global Alliance for Buildings and Construction estimates that more than 10% of all carbon dioxide emissions come from producing building materials,[3]https://www.worldgbc.org/sites/default/files/2018%20GlobalABC%20Global%20Status%20Report.pdf which often end up in public construction projects like roads, electricity transmission lines, water works, and public buildings. Because governments are among the largest purchasers of these climate-polluting industrial materials, establishing clean government procurement processes can have an outsized impact in protecting the global climate.

The stakes are clear when we look at a recent legislative proposal in the U.S. Congress, which would invest about $1.5 trillion in transportation, water, education, communication, and energy infrastructure.[4]https://transportation.house.gov/news/press-releases/house-democrats-release-text-of-hr-2-a-transformational-infrastructure-bill-to-create-jobs-and-rebuild-america Of that, about $1 trillion is allocated to construction. This bill did not include any Buy Clean provisions, so it’s useful to estimate what this bill would mean for futureGHG emissions. For simplicity, I’ll focus on cement, but similar estimates can be made about other building materials.

To estimate how much cement is needed for $1 trillion of public works, we can look at how much cement was used in past public construction. Over the last five years, the U.S. has done about $300 billion per year of public construction.[5]U.S. Census Bureau. Value of Construction Put in Place. Tech. rep. CB20-48. Economic Indicator Division, Construction Expenditures Branch, 2020. URL: https://www.census. gov/construction/c30/c30index.html. Across the economy, the U.S. uses about 100 million tons of cement per year,[6]The U.S. produces about 90 million tons of cement per year and imports a net of 10-15 million tons per year. USGS. “Historical Statistics for Mineral and Material Commodities in the United States”. In: ed. by T. D. Kelly and G. R. Matos. USGS Data Series 140. U.S. Geological Survey, 2016. Chap. Cement Statistics. URL: https://minerals.usgs.gov/minerals/pubs/historical- statistics/. U.S. International Trade Commission. USITC DataW eb: HS2523 (Portland Cement) statistics. Tech. rep. 2020. URL: https://dataweb.usitc.gov/. of which just under half goes to public construction, paid with taxpayer dollars.[7]PCA. U.S. Cement Industry Annual Yearbook. Tech. rep. Portland Cement Association, 2017. Table 11. That means for every billion dollars we spend on public construction, we need 0.15 million tons of cement. An investment of $1 trillion in public works would therefore need 150 million tons of cement, generating 130 million tons of carbon dioxide emissions.[8]https://gccassociation.org/gnr/United States/GNR-Indicator_59cAG-United States.html In other words, the cement needed to implement this single piece of legislation would generate as much carbon dioxide as a state as large as Georgia or New York generates in a year.[9]https://www.eia.gov/environment/emissions/state/ If we include all building materials, implementing this law could generate as much as 200 million tons of carbon dioxide emissions. Clearly, Buy Clean provisions are needed to ensure that public works initiatives don’t do lasting harm to the planet.

The Cost of Buy Clean

A logical next question is whether clean government procurement is affordable. Yes, it is. Cement costs about $100 per ton, meaning it accounts for only 1.5% of the cost of public construction on average.[10]Construction costs cited above exclude land acquisition costs and a number of other factors, so cement is probably less than 1% of total project cost. Many interventions that reduce cement GHG emissions are low- or even no-cost, like increasing the use of clinker substitutes.[11]https://www.lc3.ch/wp-content/uploads/2017/03/2016-UNEP-Report-Complete6.pdf However, because cement is such a small portion of the total cost, even emissions reductions that are generally considered prohibitively expensive would hardly affect the cost of an infrastructure project. For example, electrifying a cement kiln would cost about $50 per ton of cement, at typical electricity prices.[12]Additional energy cost, assuming 7 cents per kWh industrial tariff. That would eliminate half of the carbon dioxide emissions and add less than 1% to the cost of a typical project.  Retrofitting an existing kiln to capture and store the carbon dioxide emissions could add as little as $60 per ton of cement[13]P. Bains, P. Psarras, and J. Wilcox. CO2 Capture from the Industry Sector. Progress in Energy and Combustion Science, 63:146–172, 2017. and eliminate nearly all carbon dioxide emissions, again at a cost of less than 1% of the total project cost.

Ultimately, Buy Clean requirements will not add significantly to the cost of public works because material costs are not a major driver of project costs. Labor, financing, equipment, insurance, design, and engineering — all of these things cost much more than structural materials.

Simply put, we can afford to use clean materials. Buy Clean can significantly reduce climate-changing emissions at very low cost. It’s a powerful tool, and we should use it much more aggressively. 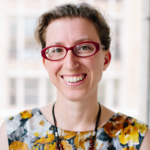