One major way to unlock clean transportation in emerging economies

One major way to unlock clean transportation in emerging economies

Multilateral development banks are key institutions for financing the climate transition – but are they doing enough to drive zero-emission vehicle adoption?

Reducing emissions from transportation is an urgent global priority, as underscored in the latest UN IPCC report on climate mitigation. However the solutions, including battery electric transportation, are not yet accessible in many regions of the world. We cannot solve the challenge of transport emissions by creating a situation where only the wealthiest countries have access to electric mobility and the resources to design efficient, safe, climate-friendly transit systems. A vast majority of the world’s population growth by 2050 is forecast to take place in the Global South, and for those economies to grow sustainably, it is critical that transport systems shift from a reliance on fossil-fueled internal combustion engines (ICE) to zero emissions vehicles (ZEV).

Unfortunately, the very institutions tasked with helping countries develop in a sustainable and climate friendly manner, the Multilateral Development Banks (the Banks), continue to perpetuate the assumption that developing countries are not ready for electric transportation. For example, our partners at the Bank Information Center recently uncovered that of the World Bank’s public sector transport financing, just 2% is for ZEV projects like electric buses and charging stations, while 68% is for projects that support fossil fuel-dependent vehicles and infrastructure, including refineries and petrol stations.

Of the World Bank’s public sector transport financing, just 2% is for ZEV projects like electric buses and charging stations, while 68% is for projects that support fossil fuel-dependent vehicles and infrastructure, including refineries and petrol stations.

Simply put, these investments lock in carbon emissions and unhealthy air pollution that we cannot afford within the narrowing window of time to meet the goals of the Paris Agreement. Here is where philanthropy has the opportunity to change the course and galvanize public financing toward strategic climate action. ClimateWorks Foundation’s Drive Electric Campaign and Finance Program are working together to encourage the Banks to align their portfolios with the Paris Agreement by phasing out investments in dirty ICE, and increasing investments in clean and affordable ZEV systems.

The Banks were originally founded with a clear development mandate to support the economic development and growth across their recipient countries. However, in response to the climate crisis, they are increasing their capital allocation towards climate-smart investments. For example, in 2019, the Banks announced their annual climate action targets for 2025: at least $65 billion of climate finance in total, with $50 billion for developing countries; and unlocking additional investment of $110 billion, including mobilization of $40 billion in private investment.

Since the Paris climate conference, the Banks have rhetorically embraced the climate imperative of transportation decarbonization. The World Bank’s climate action plan speaks explicitly about the need to shift to ZEVs, citing the need for “aggressive measures.” Unfortunately, this plan has not led to any tangible shift in their investment approach, as evidenced by how little finance they have provided to close the massive investment gap needed to support ZEVs in emerging economies. Most of the Banks continue to prioritize their development mandate above their climate goals. This investment approach locks in dirty mobility options and impedes the potential for technology leapfrogging to ZEVs in developing countries.

But options to shift this trajectory are readily available to the Banks. One overlooked opportunity for ZEV investments is the potential to leverage funding from global climate funds, such as the Green Climate Fund (GCF). These funds help de-risk Multilateral Development Bank investments into climate mitigation and adaptation projects. This arrangement has been quite successful for many years in the renewable energy sector, but the Banks have been hesitant to develop ZEV projects given the perceived risk and uncertainty.

Most of the Banks continue to prioritize their development mandate above their climate goals.

One of only a few examples researchers were able to find of zero-emission transportation Bank investments was the Green Bus Rapid Transit Karachi project, jointly funded by the Asian Development Bank and GCF, which aims to build a zero-emissions BRT system in Pakistan. The GCF’s concessional financing allows the project to overcome transactional barriers, close the financial gap, and secure sufficient technical and managerial assistance, thereby unlocking investments from both MDBs themselves and other public and private funding sources. This project exemplifies the power of combining Bank and climate fund investments to support ZEV adoption.

We need more of these projects, because clean transportation is a win for climate and development. But research shows that the Banks are barely scratching the surface: the Bank Information Center team looked at active projects at the World Bank and found relatively little commitment to ZEVs. While the public sector arm of the World Bank spent $77 billion on projects involving ICE vehicles and infrastructure between 2017 and 2021, it spent less than $1 billion on projects involving ZEVs. For the International Finance Corporation, the private sector arm of the Bank, only one percent of total project financing went to projects supporting ZEVs.

For the Banks to show that they are serious about decarbonizing transport, they must commit to ending all investments for fossil fuel-dependent vehicles by 2025 (as dozens of countries around the world have done). This should be coupled with increased investments in ZEV systems and infrastructure and must include plans for sustainable and equitable minerals extraction and reuse for batteries as well as clean power generation to support charging infrastructure for electric cars, buses, and trucks. By making this shift, the Banks can play a critical role in creating a world in which everyone has access to transport infrastructure that is both climate-resilient and climate-friendly.

How these providers of public money invest is, inescapably, how they demonstrate commitments. Twenty-two organizations sent a letter to all the Banks in November 2021, asking them to end support for fossil fuel-powered road transportation by 2025. The letter also calls on MDBs to directly address poverty and development inequities by increasing access to transit and transport services for disadvantaged, marginalized, and mobility impaired peoples. While some MDBs have been open to dialogue, only the World Bank provided a specific reply to the November letter, in which it claimed “[o]ur portfolio is rapidly shifting toward low or zero-carbon transport solutions…” The Bank must back up this statement with clear benchmarks and timelines for phasing out ICE vehicle related investments.

For the Banks to show that they are serious about decarbonizing transport, they must commit to ending all investments for fossil fuel-dependent vehicles by 2025.

Financing electrified transport systems in time to secure a safe climate is an ambitious but feasible goal. We have the technology and the resources. The next step is galvanizing financial institutions to support the shift to clean transportation for everyone. Working collaboratively, ClimateWorks is leveraging our expertise in financial architecture and transportation to encourage ZEV investments in the Global South. To learn more about how we are supporting this shift check out the Drive Electric Campaign, supporting 100% zero emission transport for the entire world. 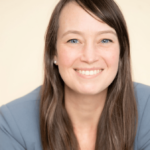 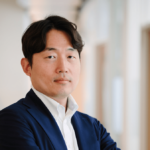 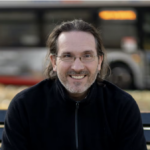