The power of possibilities: What the U.S. election means for climate action

The power of possibilities: What the U.S. election means for climate action

After a long national debate about the direction of the country, American voters have spoken. On January 20, 2021, Joe Biden will be sworn in as the 46th president of the United States, and Kamala Harris will make history as the first female, African American, and South Asian American vice president.

Although control of the Senate will remain in question until two runoff elections in Georgia are settled, one thing we know for certain is that under the new Biden-Harris administration, the U.S. will rejoin the Paris Climate Agreement and quickly and constructively re-enter the global effort to end the climate crisis.

This is a decisive decade for action to avoid the worst impacts of climate change. While the last four years saw a series of setbacks to U.S. climate progress, and the nation remains deeply divided on many issues, the significance of resurgent U.S. climate action and leadership is profound. President-elect Biden recognizes that climate change is an existential threat and has pledged to cut U.S. climate emissions to net-zero by 2050. He will work to restore and reimagine America’s international partnerships and will engage leaders of other major carbon-emitting nations to accelerate climate action. The U.S. is coming back to the table, and that’s important.

In his victory speech, the president-elect said: “And we lead not by the example of power, but by the power of example. I’ve always believed we can define America in one word: Possibilities.”

At ClimateWorks, we also believe in the inherent value of leading by example and in the power of possibilities. In the past four years, the prospect of meeting the Paris climate goals was at times dim, but civil society, leading governments, and forward-looking businesses helped light the path of possibilities toward a sustainable climate and a brighter future. In the coming months and years, we will stand shoulder to shoulder with allies in civil society, philanthropy, and the public and private sectors to continue to pursue possibilities and drive the change we need to protect the climate on which we all depend.

These are times of challenge and change. We are confident that with bold vision, collaborative action, and expansive optimism, the world will rise to the challenges we face. In this spirit, we look forward to continuing to work with partners to end the climate crisis and ensure our planet is a thriving home for all beings for generations to come. 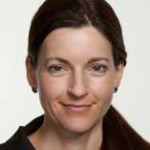