The series explored the potential contours of the Global Stocktake (GST) through the lenses of each of the Paris Agreement’s three long term goals - mitigation, adaptation, and finance, with equity as a cross-cutting consideration.

Over the past month, ClimateWorks Foundation hosted the independent Global Stocktake (iGST) webinar series, “A Vision for a Robust Global Stocktake,” which explored the potential contours of the Global Stocktake (GST) through the lenses of each of the Paris Agreement’s three long term goals – mitigation, adaptation, and finance, with equity as a cross-cutting consideration. As we wrap up the series and look toward COP 25 and 2020, we wanted to reflect on what we learned.

What can we expect from the GST?

The three webinars presented information on the data sources and coverage expected from the GST. They also began to suggest complementary roles for the iGST.

Webinar recordings are available upon request.

One goal of this webinar series was to create active dialogue with our broader community. Through these discussions, we continued to add nuance to our understanding of how the iGST can complement the existing landscape of initiatives and began to clarify essential equity considerations, critical issues that deserve blog posts of their own but that we’ll only mention briefly here. Importantly, we also thought more about the future direction of iGST work. Here is a trifecta of takeaways on that subject:

The bullets above touch on issues that are far larger than the iGST. Yet rather than let the scale and complexity of these topics daunt or distract us, our hope is to leverage the iGST as one strategic frame from which to address these issues, much as we hope the GST can serve as a galvanizing force in the Paris Agreement. We’re excited to work with the broader community to keep learning. 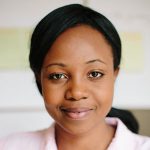