Staying cool is a hot topic

Staying cool is a hot topic

When people outside the UK think of London, my home city, they imagine grey skies, drizzling rain and a bustling economy. It is often like this, but each year for a few glorious weeks (not always consecutive to one another) the city experiences a proper summer.

I have always been of the opinion that London in the sunshine is one of the most pleasant places to be in the world. But the recent heatwave has put this opinion to the test.

London is not a city built for extreme heat. Very few homes are air-conditioned. Nor are most of the rail lines that keep the city moving. This has resulted in tired, sweaty commuters being forced to cram themselves into train carriages at temperatures that are far beyond the legal limits allowed for transporting cattle. This experience is not unique to London, but common around the world.

While it has undoubtedly been a good time for selling ice cream and fans (by the way, the cooling technology economy is estimated at $140bn a year and growing), the overall impact of higher temperatures on worker productivity is negative. Research suggest that labor supply and labor productivity decline sharply when temperatures rise above threshold values between 20° C and 30° C.

Heat can cause and exacerbate a range of health conditions, from heat exhaustion and heat stroke, to heart and lung conditions, and psychiatric illness. In the most severe cases heat can even lead to death, especially for children and the elderly, as we have seen with the spate of heat-related deaths so far this year – Japan, Karachi, Quebec, and South Korea. In Japan around 23,000 people were admitted to hospital with heat stress.

The most obvious way to deal with heat is with cooling. When people are thermally comfortable they are better equipped to lead healthy, prosperous lives. However cooling down is not easy for everyone.

A recent report from Sustainable Energy for All, a global non-profit group, estimates that today there are 1.1 billion people worldwide – most of whom are living in the regions that are most vulnerable to rising temperatures – that do not have access to any modern form of cooling.

By 2050 the work capacity losses in South East Asia’s construction sector during periods of hot weather are expected to be as high as 50% just for moderate work in the shade. For those working in direct sunlight this rises to as much as 70%. In fact, overall by 2050, work-hour losses by country are expected to be at least 2% and as high as 12% for in the worst effected regions for world including West Africa and South Asia. This loss in productivity will equate to billions of dollars of economic value wiped out, which for many of these countries is a significant financial blow.

Keeping people cool is an urgent task. The dilemma we face is that as economies grow, demand for cooling skyrockets. And because markets are dominated by polluting chemical using, energy sapping air-conditioners which could account for up to a degree Celsius of warming (ie the rest of the global carbon budget), this growth is a chilling prospect.

In fact, a particular class of refrigerant gases known as HFCs are some of the most potent greenhouse gases in the atmosphere, with impacts thousands of times greater than a similar amount of carbon dioxide. This is why 197 countries have now signed up to the Kigali Amendment of the Montreal Protocol, aiming to phase down their production and consumption by over 80% across the next 30 years. Countries must stick to this deal.

This is why at the work we are doing through the Kigali Cooling Efficiency Program is so important. By focusing on the energy efficiency of cooling we aim to increase and accelerate the climate and development benefits of the Kigali Amendment to phase down HFCs. With energy efficient, clean cooling we can help to unlock a sustainable and prosperous future for all.

The world needs higher energy performance standards for air-conditioners. In particular, China, which produces about 70% of all air-conditioners globally, needs to step up, including stopping the export of low efficiency (junk) air-conditioners that it does not deem worthy of selling at home.

But we also need solutions for people for whom an air-conditioner is out of reach and who live in buildings with poor insulation. They need affordable and reliable cooling technology that delivers cooling for them at work, rest and play – mobile fans, gel pads, wearables and portable coolers, are among the range of possible solutions. Green public spaces and shading are also critical for those most vulnerable, especially in cities.

If we succeed in taking efficient, clean, cooling solutions to every corner of the world we will address some of the biggest issues faced this century – health, productivity, and climate change.  If we don’t succeed we face a future with increased mortality rates due to heatwaves and a human development crisis. The Government of Japan declared its recent heatwave a ‘natural disaster’. A disaster it was, but it was not wholly natural. Scientists estimate that heat waves we are witnessing searing in Europe in 2018 are twice as likely to be happening due to human made climate change. We need to find ways to simultaneously keep people and the planet cool. If we fail on the latter, we will fail on both fronts. 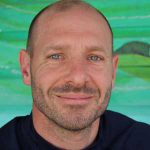