It’s time to turn international commitments into action and accelerate a people-centered transition from coal to clean energy.

As the UN Climate Change Conference (COP27) in Egypt and the G20 meeting in Indonesia approach this November, new reports are highlighting a substantial gap between current government commitments to climate action and what is needed to keep our 1.5° C goal within reach. Governments around the world face the difficult task of balancing efforts to accelerate climate solutions as they respond to global inflation, the energy crisis driven by the Russia-Ukraine War, and, in many countries, political instability.

Complacency and a lack of action can only lead to global catastrophe. This is the critical decade for deploying clean energy at the scale and speed needed to keep our climate goals within reach.

Governments are collaborating to advance the global clean energy transition

Despite challenging political and economic conditions, governments have continued to build momentum over the past year toward accelerating the global transition to clean energy.

The Glasgow Breakthrough Agenda, which was launched at COP26 in November 2021, has gathered commitments from 45 countries that represent more than 70% of the global GDP to dramatically accelerate the innovation and deployment of clean energy technologies by 2030. The latest Breakthrough Agenda report has identified progress on reducing emissions in five key sectors: power, hydrogen, road transport, steel, and agriculture. In September 2022, the Clean Energy Ministerial and Mission Innovation were announced as the future home of the Breakthrough Agenda. This will help ensure that all the Breakthrough Agenda’s signatories adopt long-term implementation efforts and that countries can work together to push for more sectoral breakthroughs that enable affordable and accessible clean energy solutions for all.

At the Global Clean Energy Action Forum (GCEAF) in Pittsburgh in September 2022, 16 countries committed a total of $94 billion for clean energy demonstration projects, which will scale and bring to market technologies required to achieve net-zero emissions by 2050. The United States is devoting $21.9 billion to clean energy demonstrations. The remaining investment commitments are from Australia, Canada, the European Commission, Finland, France, Germany, Japan, the Netherlands, Norway, Poland, the Republic of Korea, Singapore, Sweden, the United Arab Emirates, and the United Kingdom.

During COP26, the Global Coal to Clean Power Transition Statement obtained signatures from 190 governments, financial institutions, and companies committing to phase out coal power. This coalition notably includes 23 countries making first time commitments to the phase out of coal. Nonetheless, there is a need for much more work and innovation dedicated to the early retirement of coal, especially in Asian economies, where the majority of the coal fleet is located (there are still hundreds of gigawatts of new coal-fired power plants being announced or under construction, which will lock in emissions for decades).

In May 2022, G7 members announced plans to “predominantly” decarbonize electricity sectors by 2035 and to end public financing of overseas fossil fuel projects. Yet, one question remains: can all G7 countries take further steps toward an eventual phase-out of domestic coal power generation by 2030?

There is a growing number of initiatives working toward a just and equitable transition. For example, at COP26, 13 countries joined the International Just Transition Declaration, an initiative that aims to create new jobs and elevate champions through local social dialogue as communities move away from coal and high-carbon industries in emerging economies. Additionally, Clean Energy Ministerial members are increasing their collective actions to advance skills training, youth empowerment, and gender equality to a new clean energy economy that supplies high-quality jobs.

Priorities for the work ahead

While there has been notable progress in the last year, scaling the global clean energy transition will require more collective willpower and accelerated action. At ClimateWorks, we support bold targeted action; more collective commitments and participation from governments; rigorous tracking to hold governments, businesses, and financial institutions accountable to their commitments; and efforts that center the people and communities who will drive the transition forward.

Heading into COP27, the G20, and beyond, ClimateWorks and our partners will work toward these three key priorities:

The energy transition requires accelerating the deployment of solar and wind power, smart grids, and energy storage to become the backbones of countries’ electricity decarbonization strategies. Among all the clean energy solutions, solar should be the “king” of deployment for decarbonizing the electricity sector for this decade. Limiting global temperature rise to 1.5° C will require tripling investments in renewable energy by the end of the decade, including expanding the deployment of solar energy by 4 times relative to current levels by 2030. This seismic shift will create jobs on both the manufacturing side and the installation and maintenance side of the solar industry. Achieving this will require the right conditions, including a combination of finance, regulatory and policy frameworks, government initiatives, and infrastructure development. This will enable countries to not only absorb solar capacity but also build the appetite and demand for solar energy, including the ability to meet quality standards and increase the quantity of local production and supply.

2. Ensure the energy transition is a just transition

A successful clean energy transition will require a focus on people-centered approaches. The expanding clean energy economy will provide a massive amount of new jobs and opportunities for people around the world, but not everyone will transition at the same time and market expansion alone is insufficient. It is crucial to center investments in jobs and workforce development to ensure a people-centered, just, and equitable transition.

Therefore, we need to plan out and chart the economic and employment pathways for everyone, particularly for countries and communities most likely to be left behind. Critical questions include:

The annual average growth rate in clean energy investment after the 2015 Paris Agreement is just over 2% and clean energy investment into emerging markets and developing economies is far less than the $1 trillion per year required by 2030 to reach net-zero emissions by 2050. We support developing more public and private partnerships to de-risk investments, continuing to address the needs of project preparation, lowering the cost of capital and currency risks in emerging markets, and addressing regulatory issues to mobilize large-scale, private finance for emerging economies. To create confidence for investors at the country level, there must be alignment between government and investor priorities, a regulatory system that encourages investment, and market appetite. Catalyst funding, including climate philanthropy, could spark larger public and private capital investment to boost the rapid deployment of clean energy projects and build up a robust clean energy manufacturing supply chain.

Philanthropy can help build momentum for the clean energy transition

Philanthropy can play a key role in the global clean energy transition — but the level of ambition must meet the urgency of the crisis.

Historically, philanthropic investments in climate change mitigation have been heavily concentrated in Europe and the United States. Nonetheless, in recent years, climate philanthropy has taken steps to catalyze large-scale public and private investments in emerging markets and economies. In May 2022, Bloomberg Philanthropies announced a $242 million commitment to support the clean energy transition in 10 countries in Africa, Asia, and Latin America, and in September 2022, further expanded the program to an additional 15 countries. Concessional finance such as Climate Investment Funds (CIF) has confirmed nearly $1 billion in funding for the energy transition in South Africa and Indonesia. The Global Energy Alliance for People and Planet (GEAPP), a new organization founded by Rockefeller Foundation, Bezos Earth Fund, and IKEA Foundation, aims to partner with development organizations and national governments to mobilize $10 billion in risk capital and philanthropic grants to accelerate the energy transition in lower-income countries.

These efforts will help build the necessary frameworks that will usher in the global clean energy sectors of the future. We must ensure that these efforts lead to monumental financing to scale-up solar projects in emerging markets, the drastic phase-out of coal, and ensure the security of communities and workforces — so that no one gets left behind. 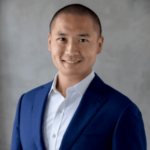 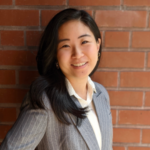