Push the pace: Opportunities for foundations and advocates to expand the scale of zero-carbon electricity and transportation

Push the pace: Opportunities for foundations and advocates to expand the scale of zero-carbon electricity and transportation

Opportunities for foundations and advocates to expand the scale of zero-carbon electricity and transportation.

There has been some good news recently about the world’s low-carbon transition. In the electricity sector, global investment in renewable energy reached $285.9 billion in 2015, a new record. Clean transportation is also gaining momentum, with vehicle efficiency improving 17 percent compared to 2005 and sales of plug-in electric vehicles surpassing 1 million in September of 2015.

But achieving decarbonization sufficient to limit global warming this century to less than 2°C above pre-industrial levels — the goal of the Paris Agreement, which was adopted last December and will be opened for signing on Earth Day (April 22) — is only possible with even swifter action on larger scales.

Foundations and advocates have done tremendous work to accelerate the world’s transition away from coal power and to improve vehicle fuel efficiency in the U.S. and around the world. Looking ahead, there are emerging opportunities for foundations to double down on their investments to encourage zero-carbon electricity and transportation.

Last December, ClimateWorks Foundation, NewClimate Institute, Ecofys, and Climate Analytics released a report finding that the transition from fossil fuels to cleaner, safer energy technologies is happening faster than predicted. Driven by policy and technology maturation, renewable energy deployment has rapidly accelerated. As seen in Figure 1, installed capacities of solar and wind have dwarfed forecasts, surpassing projections at rates not deemed feasible a decade ago.

Foundations and advocates can advance industry norms and best practices that will further speed integration of renewables in electricity grids to ensure low-cost greenhouse gas reductions. In China, we and our partners are collaborating with Energy Foundation China and others to introduce concepts such as economic dispatch – putting renewables on a more equal footing with coal power, which typically feeds the grid before either wind or solar.

With economic dispatch, computer models determine the optimal output of multiple electricity generation facilities to meet the system load at the lowest possible cost, subject to transmission and operational constraints.

Another way to ensure that renewables enter the grid is to expand the geographic size of electricity markets. ClimateWorks is collaborating with the Energy Foundation, the Hewlett Foundation, and others to help California link its electricity operating system to that of other states. The larger the operating system, the easier it is to balance variable renewable power with load demand. The assumption is that somewhere the sun is shining and the wind is blowing.

Finally, to speed implementation of integration of variable renewable power in grids around the world, ClimateWorks and other foundations are working with regional partners to leverage ongoing public sector and other multilateral exchanges aimed at transitioning to relatively low-cost and green electricity generation. This global initiative will build and strengthen the tools and expertise required to accelerate knowledge exchange in support of high penetration of variable generation of renewable energy across regions.

Similar to the advances in the transition to zero-carbon electricity, the transport sector also shows promising trends. Figure 2 illustrates the decreasing projected trend in average emissions per vehicle kilometer (gCO2/vkm) as a result of increased fuel economy standards; emissions are expected to decline further through 2030.

With market penetration exceeding predictions, as seen in Figure 2, electric-drive vehicles (EDVs) including plug-in hybrids, battery electric, and fuel cell vehicles are poised to become a fundamental driver for further reducing transportation emissions consistent with climate goals. Further, EDVs can contribute to our efforts to clean the power sector by providing a flexible load which utilities could manage through smart charging. This would make greater use of fixed utility assets and enable better renewable integration, lowering the costs of clean energy and electricity for all rate-payers.

Global sales of EDVs increased by 60 percent in 2015 with the greatest market growth occurring in jurisdictions with strong EDV supporting policies — in particular, California, several European countries, and China. Some of those jurisdictions are among the national and subnational members of the ClimateWorks‐supported International Zero-Emission Vehicle Alliance, which is committed to making zero-emission vehicles 100 percent of all passenger vehicle sales by 2050. Several have even greater ambitions including India, Norway, and the Netherlands which have recently announced goals to achieve 100 percent EDVs in the next 10-15 years.

But despite increasing government commitment and industry investment, the transition to a low-carbon transportation sector will be slow to materialize without sustained efforts to overcome three key challenges: cost, convenience, and consumer awareness.

Philanthropy can help advance these efforts by supporting well-designed regulation, incentives, infrastructure, and information within and across key regions and globally. ClimateWorks and its partners work closely with organizations in the U.S., the E.U., China, and other countries to support the development and implementation of model policies, business models, and advocacy coalitions through collaboration among governments, industry, and NGOs.

Increased use of renewables in power generation and decreased emissions intensity of transport are promising developments. But for them to gain the kind of traction necessary for 2°C-compatible economic growth, policy interventions and deployment of proven policy support must occur without delay.

ClimateWorks Foundation looks forward to engaging with its existing partners and other peer foundations and the many others who are contributing to making change happen. We welcome your reflections and thoughts on how, collectively, we can help support even stronger and more effective strategies to advance zero-carbon electricity and transportation. 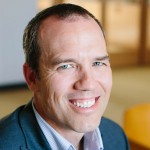