On Earth Day, the European Union announced the most significant legal commitment to climate neutrality — the agreement of the European Climate Law. While the overall agreement to reduce greenhouse gas emissions (GHG) by 55% by 2030 and reach climate neutrality by 2050 could be more ambitious, the details underpinning the deal were truly innovative. Beyond the emission reductions target is a set of foundations with leading-edge design critical for the future of climate policy. Specifically, the EU’s commitment to achieving negative emissions post-2050 and the delineation of greenhouse gas removal versus reduction.

Recognizing the different roles played by CO2 reduction and removal

The revised EU target of 55% net reduction in GHG emissions by 2030 includes a capped contribution of 225 million tons from removal. This means the actual GHG emissions reduction target from the EU is 52.8%. With the cap on removals, the EU now effectively has separate targets for emission reductions and carbon removals in all but name.

While current removals are defined only from sinks of land-use, land use-change, and forestry (LULUCF), the Climate Law recognizes the need to develop natural and technological sinks. It also calls for the development of a regulatory framework to certify carbon removals based on robust monitoring and verification and tasked the newly-established European Scientific Advisory Board to identify promising research and innovation contributing to increasing removals.

After 2050, the EU has also agreed to ‘aim to achieve negative emissions,’ acknowledging for the first time that simply reaching net-zero is unlikely to be sufficient to meet the goals of the Paris Agreement. It would mean that by 2051, the everyday activities of Europeans will need to remove more CO2 from the atmosphere than they emit. Multiple IPCC reports have made the point clear already, with John Kerry and the Indian government recently echoing this call, but legal recognition of this truth had been lacking. The path has now been set for a healthy framework for negative emissions.

Foundation for the responsible deployment of carbon dioxide removal

This innovative policy framework came about as a multiple-year effort by Bellona Europa and other NGOs, along with a group of policy experts and researchers concerned by the initial proposal of the ‘net’ target without distinguishing reduction and removal. The implication of having removals count toward an overall target means countries may be over-reliant on carbon removal and fall into similar trappings as poorly designed offsets, which ultimately delays meaningful climate action.

This de facto separation of reductions and removals addresses the above challenge head-on. It is now set in stone that the overwhelming majority of the EU’s mitigation efforts will need to be done by reducing emissions, with carbon removal helping to go the extra mile. It is a significant milestone for climate policy design which allows the much-needed deployment of negative emissions to go ahead without jeopardising efforts to reduce emissions in the first place. The overall potential for carbon removal will be limited by planetary and socio-economic boundaries, which means we need to ensure we use them as effectively as possible.

The separation also provides additional benefits going forward. Firstly, the targets for both emission reductions and carbon removals are now clear and unambiguous, a necessity when setting long-term objectives. Secondly, this will enable both to develop in parallel while providing the ‘safe space’ to address the difficulties of deploying carbon removal in practice, such as permanence, additionality, and market design.

This is by no means the end of the conversation but marks a healthy start to one that is bound to be difficult and complicated. Now that there is a ground rule for reductions and removals to happen in parallel in the short-term, work will advance to set up the framework to deploy carbon removal so in the longer-term, these approaches can be robust enough to rely on.

As it stands, there is no commonly held definition of carbon dioxide removal in legislation. The Climate Law refers to removals as sinks, which is then associated with ‘agriculture, forestry, and land use sectors’ (otherwise known as LULUCF). The role of non-LULUCF removals – direct air capture, carbon mineralization, ocean carbon removals – is not yet explicit and requires further clarification. Concurrently, a rigorous framework with methodologies developed and backed by reputable institutions is needed to monitor, report, and verify carbon removals at the project level.

The lack of a consistent and widely accepted framework rules out the possibility of trading any type of carbon removal credit in a way that is robust and trustworthy. In the EU, the process of developing such a framework is ongoing and is expected to be published by 2023. Despite many calls for carbon removals to be included in the EU Emission Trade System, the European Commission has firmly rejected these suggestions, adding that it might be possible in the future once there is a trusted certification of removals in place.

Despite this lack of framework anywhere, there has been a rush to add carbon dioxide removal into voluntary markets on both sides of the Atlantic. The growing body of evidence highlights the inadequacy of offsetting fossil emissions with land-based removal credits, further reflecting the need for a portfolio-based approach to carbon dioxide removal research, demonstration, and deployment. However, only providing monetary incentives – as the U.S. government has done – leaves the newer CDR approaches that are more costly and durable at a disadvantage in the existing poorly structured marketplace. A complementary set of policies in incentivising and procurement along with government funding will help set up this nascent field for success.

Under the revised European Climate Law, the EU has set long-term climate targets as well as a cap on the contribution of removals, effectively separating them from emission reductions. This is a wise move that buys time for the EU to develop carbon dioxide removal approaches and establish a robust governance framework to reliably monitor and verify removal projects. Without this governance, the risk of delaying emission reductions would have been compounded by the lack of guarantees that any carbon we remove on paper is removed in reality. As we like to say, we can lie to ourselves, but we can’t lie to the atmosphere. 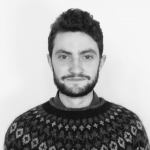 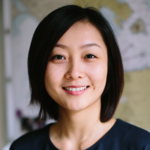