A huge win in the power sector

A huge win in the power sector

Renewable energy is on a roll. As our recent report, Faster and Cleaner 2—Kick-starting Global Decarbonization, shows, renewable power has been deployed at rates previously unimaginable—a huge climate win for the power sector.

Success towards decarbonization owes to ambitious policies such as feed-in tariffs in Germany and state renewable portfolio standards in the US as well as to dramatically falling production costs for wind and, especially, for Chinese-made solar photovoltaics.[1]Sebastian Sterl, Markus Hagemann, Hanna Fekete, Niklas Höhne, Karlien Wouters, Yvonne Deng, Kornelis Blok, Jasmin Cantzler, Andrzej Ancygier, Matt Beer, Bill Hare, Casey Cronin, Seth Monteith, Dan Plechaty, and Surabi Menon, Faster and Cleaner 2—Kick-starting Global Decarbonization: It Only Takes a Few Actors to Get the Ball Rolling, The ClimateWorks Foundation (2017), http://www.climateworks.org/wp-content/uploads/2017/04/Faster-and-Cleaner-2-Full-Technical-Report.pdf. From Berlin to Bakersfield to Beijing the challenge is not whether to deploy renewables but to ensure that clean electrons replace dirty ones from fossil fuels, most notably coal. In that context, we see three clear priorities for philanthropy.

1. Shift priority from the installation of renewables to the use of clean power

In China, the EU, India, and the US—regions on which the ClimateWorks Foundation and Hewlett Foundation focus—replacing existing coal or new natural gas with wind and solar remains an important goal. Because the sun shines at times when the grid does not need it or fails to shine when it does, renewable power may be thrown away (“curtailed”), causing fossil sources to fill power vacuums. For this reason, we recommend that philanthropy shift some investments away from policies that have so successfully deployed wind and solar to those designed to integrate clean electrons into the grid.

Wind and solar wastage can be reduced in several straightforward ways. California seeks to balance clean power supply and demand over several western states on the assumption that the wind and sun are always active somewhere. Similarly, China seeks to create a super grid that supplies the Middle East and Europe with its wind excess and that imports those regions’ clean power into China after the sun sets. The EU is pioneering methods to link electricity prices to times when wind and solar are available. India is working to make clean wind and solar profitable for its embattled power distribution companies.

2. Figure out what beyond the power sector can be electrified—and what can’t

The power sector has a clear sightline to zero carbon emissions by mid-century. The ClimateWorks Foundation’s Carbon Transparency Initiative (CTI) shows that carbon emissions from power will decrease dramatically in China, Europe, India, Mexico, and the US by 2030.

Continuing that trend will require new policies and new institutions to address the most pressing barrier to grid integration, which is not technical, but political. Last year, the ClimateWorks Foundation, in cooperation with the Hewlett Foundation and Stiftung Mercator, created a global grid integration initiative in concert with regional grant makers to tackle precisely this barrier.

However, for sectors beyond power, including transportation, industry, and buildings, the pathway to zero carbon emissions is less clear, and it often relies on electrification. In 2016—for the first time according to the U.S. Energy Information Administration—US transportation emitted more carbon dioxide than the power sector (1,893 million metric tons, or MMt, and 1,803 MMt, respectively). European emissions from transportation are also on track to outpace those from the power sector by 2030, and emissions from the transportation sector will be the fastest growing of any sector in both China and India from 2015 to 2030, according to the CTI.

Eventually, most passenger vehicles and many off-road vehicles, such as forklifts, will be electrified. But long-haul commercial airplanes will probably never run on electricity—the battery storage requirements are just too large (and the batteries, too heavy). Industrial sectors (such as plastics, iron, and steel) that rely on very high heat (1,000 degrees C) also need to decarbonize, but wind and solar are incapable of generating such high temperatures.

3. Explore new approaches to deep decarbonization in the power sector

Carbon reductions must increase dramatically from 2030 to 2050. As many countries, states, cities, and companies consider so-called 2050 decarbonization pathways—avenues to completely cut carbon emissions by 2050—we must explore the suite of approaches they choose given differing local and national economic, social, and political contexts.

Renewables play a vital role in decarbonizing the power sector. However, many countries may choose to pursue new approaches to renewables intermittency, such as new energy storage options and interlinked power grids. Other countries or sub-national actors may use other advanced technologies such as carbon capture and sequestration (CCS) and nuclear power.

In addition to developing zero-carbon electricity generation sources, climate modeling shows that we must begin to remove carbon dioxide from the atmosphere beginning by roughly 2030.[2]Johan Rockström, Owen Gaffney, Joeri Rogelj, Malte Meinshausen, Nebojsa Nakicenovic, and Hans Joachim Schellnhuber, A roadmap for rapid decarbonization, Science, 24 Mar 2017, http://science.sciencemag.org/content/355/6331/1269 Removal must accompany mitigation; it is not a substitute. We need resources to study the various tradeoffs associated with removal approaches. For instance, if reforestation approaches are desired, would enough land remain to feed the world’s growing population?

A relatively small number of innovative countries and regions with ambitious policy packages have delivered a big win on renewables deployment. Now philanthropy must turn to emerging climate-related barriers and opportunities. 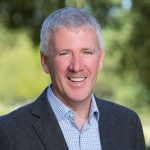