Statement: Derek Chauvin’s conviction is a step toward justice

Statement: Derek Chauvin’s conviction is a step toward justice

Over the course of three weeks, the world has carefully watched the trial of Derek Chauvin for George Floyd’s murder. For many, hearing from eyewitnesses and the people who knew him, and repeatedly replaying Floyd’s last moments, palpably resurfaced the trauma of last summer and laid bare the systemic racism that’s too deeply rooted in the United States. Prosecutor Jerry Blackwell summed it up best, “You were told George Floyd died because his heart was too big. But, he died because Derek Chauvin’s heart was too small.”

Unfortunately, Chauvin’s trial was marked by a sobering stat as reported by The New York Times: Since testimony began on March 29, at least 64 people have died at the hands of law enforcement nationwide, with Black and Latino people representing more than half of the dead.

The verdict of Chauvin’s trial is more than a judgment on his actions, it is a judgment on policing and racism in America. For far too long and too often, one’s skin color has determined who survives an interaction with the police and who is held accountable for their actions.

We are thankful for today’s verdict, which is an important step in delivering accountability and justice for George Floyd and his family, and toward reforming our broken policing practices. Twelve jurors have sent a strong message that George Floyd’s life mattered. As an organization committed to doing our part to foster a more inclusive and equitable future for all, we are heartened by this verdict as a sign of progress being made to dismantle systemic racism and an acknowledgment that Black lives matter. 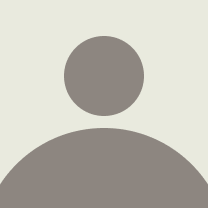